After a stop in Rock Springs (we found an amazing deal at a hotel in Rock Springs – $65 for the night for two rooms, a kitchen, laundry facilities one door away, and a free full breakfast at the nearby diner), we drove to one of my favorite and familiar spots – Jackson, Wyoming.

On Sunday (9/9/18) we woke at 5:45AM, quietly snuck away in the van, and drove to Schwabackers Landing to see the sun rise.  Along the way we greeted a fox who was patiently waiting for his turn to cross the road in Jackson.  A small gathering of photographers were on site when I arrived.  They watched me find a spot and dock my camera to the tripod just in time for the sun’s light.  At the moment light touched the tip of the Tetons we heard a chorus of coyotes nearby sing for a few minutes and I shot a few pictures.  Given that this was one of the most well known photographic spots (following Ansel Adams of course), I made no major effort to get the perfect shot – just being there to enjoy the view was the point.

The kids, who were comatose in the car during my morning shoot, began to wake as we arrived at the Jenny Lake trailhead. We bought some hot chocolate, coffee and took a the three mile hike around Jenny Lake with a game of Squiggler and chess on the mountain top as a break.  We later learned there was a bear nearby when we began the hike.  I had my bear spray handy, as did everyone else we saw (read: the bear spray business is doing well).  Not too much big wildlife was seen, but Kai found himself a Garter snake to play with.

Back at the cabin for the remainder of the day to relax. Kids enjoyed playing at the river just a few steps away from our back porch. Heidi found that her friendship with the camp chicken was good – and it returns regularly for her affection. She did have some difficulty in getting the chicken to enjoy the nest she built for it. 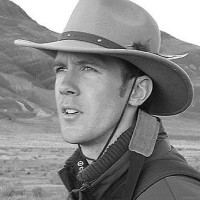